Why is Core training so important?

‘Core’ is something of a fitness buzz-word these days, as are phrases such as ‘core-strengthening’ and core-stability. Strengthening the core is also associated with developing ‘6-pack abs’, another current buzz-word (or buzz-term, anyway). But what is your core? What are abs? Are they the same thing? Is it worth training your core? What are the benefits of core training? 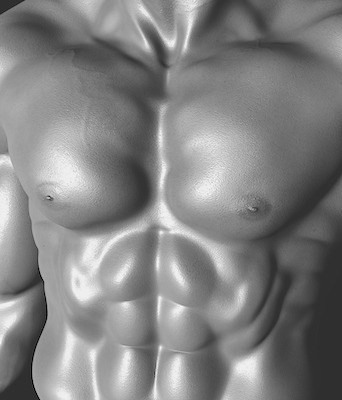 ‘Abs’ refers to abdominal muscles which, you’d think, would refer to all of the muscles of the abdomen, but in practice, it tends to refer to two muscle groups, the Transversus abdominis, and the Rectus abdominis. The Rectus abdominis is a double muscle which runs vertically down the centre of the front of the abdomen from the sternum at the top, down to the pubic bone. It is this muscle which forms the much discussed ‘six-pack’, sc-called because of the separation of the two halves down the centre by a tendinous line called the line alba, and by fibrous intersections running across. If you put your hand on your stomach and cough, you’ll feel your rectus abdominis tensing. It’s also used, amongst other things, in jumping, crunches or sit-ups, and during childbirth. You can strengthen your RA by doing proper crunches, but they won’t get you a six-pack on their own. To see those muscles you need to have a very lean mid-section and crunches won’t do much to help you lose fat around the middle. You’ll therefore need a good balanced diet and more calorie-burning cardio exercise too. The Transversus abdominis (often referred to as TVA), is the deepest abdominal muscle. It is a relatively thin, sheet muscle which runs horizontally from the sides across the front of the abdomen and looks and has the function of a muscular ‘corset’. It’s main job is to stabilise the pelvis and lumbar spine before moving the lower and /or upper limbs.

What is your Core? 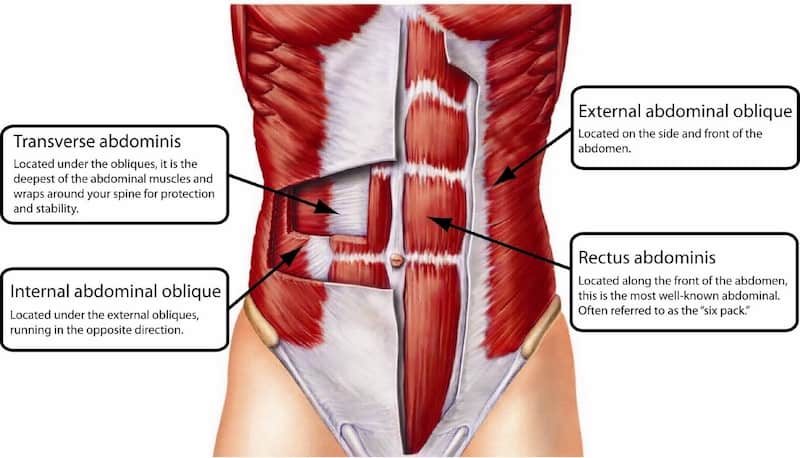 A simple enough question, you may think, but if you ask Google this question, you’ll find a variety of different answers from the numerous authoritative-seeming websites on the first page of answers. Some only list a few mu scles and others rather more. There are some muscles, however, which all are agreed on and some others on which many. or most, concur. My definition is that the core consists of those muscles around the abdomen which stabilse and support the body and enable or assist movement (and breathing.) The muscles themselves are layered with some muscles near the surface and others deeper into the body. On the front and side of the body, these include: The abs referred to above: Rectus abdominis and Transversus abdominis, plus the Obliques. Some also include the Pelvic floor and the diaphragm, but most do not. In the back, there are the Latissimus Dorsi, Trapezius, Erector Spinae and Multifidus. Some also claim the hip flexors and glutes are included but I think that’s stretching a point and haven’t included them.

Front and Side Core muscles

Having read this far, you now know about the RA and TVA. You can see from the diagram above that the other core muscles are the external and internal obliques.

Core muscles of the back 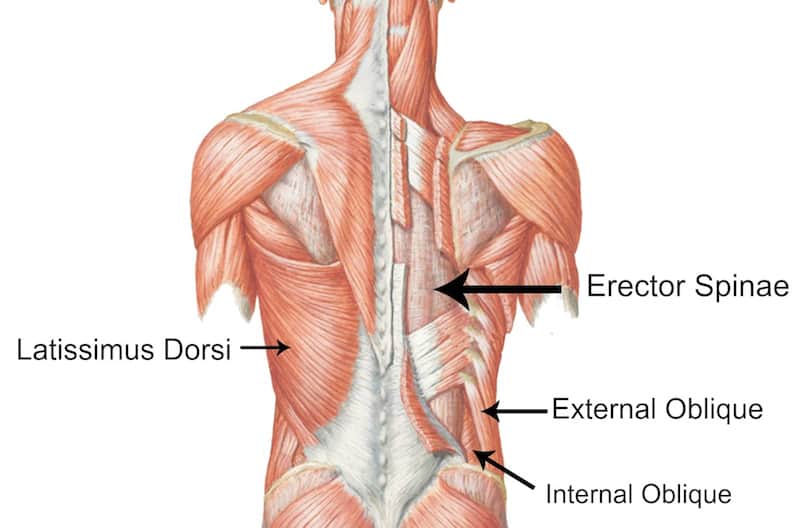 The Latissimus Dorsi, commonly referred to as ‘Lats’ is the largest back muscle and covers the whole back from just under the shoulder blade. It is responsible for extending and rotating the arms.

More related to posture and back strength is the erector spinae , which consists of 3 pairs of muscles which run longitudinally down, and move the vertebral column of the spine. These muscles are important to lifting and keeping your back upright. One of the reasons why you should keep your back straight when lifting things off the floor is to use your erector spinae more efficiently. Some also include the multifidus muscle, which is one of the transverso-spinales muscles which connect different parts of the spine to each other.

Why do we need a strong core?

Taken together, these groups of muscles support and stabilise our abdomen, and enable movement of our torso and limbs. If you’ve ever had a bad back, or even witnessed someone else who has one, you’ll know how difficult it is to do the most basic movements without that support.

The benefits of core training – Conclusion

Having a six-pack depends on training your abdominal muscles, especially the Rectus Abdominis, and eliminating fat from the stomach area. Health-wise, it’s more important to have a strong core than it is to have a six-pack, which is more about vanity than health, (not that I’m knocking it if that’s what you want), so don’t just concentrate on developing that and ignore the other core muscles. Maintaining a strong core is important regardless of what you do and the benefits of core training are many. Whether it’s housework, gardening, golf, football, weight-lifting or sitting at a desk, a strong core is very important to keep you healthy and injury free. The next question is how best to go about strengthening your core, which is something we’ll look at in a future post but, for now, take a look at the recommendations below. 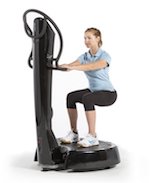 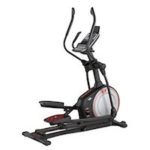 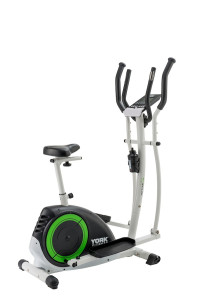